The arts are an important part of our Dominican heritage. In the spring of 2016, we unveiled our new Arts Center. With stadium style seating, a sprung wood stage, professional grade sound and lighting equipment, an art gallery, an enlarged 3D art classroom and a stagecraft workroom, the Arts Center is an amazing creative space. Our students now have modern facilities that properly showcase and nurture their remarkable talent. 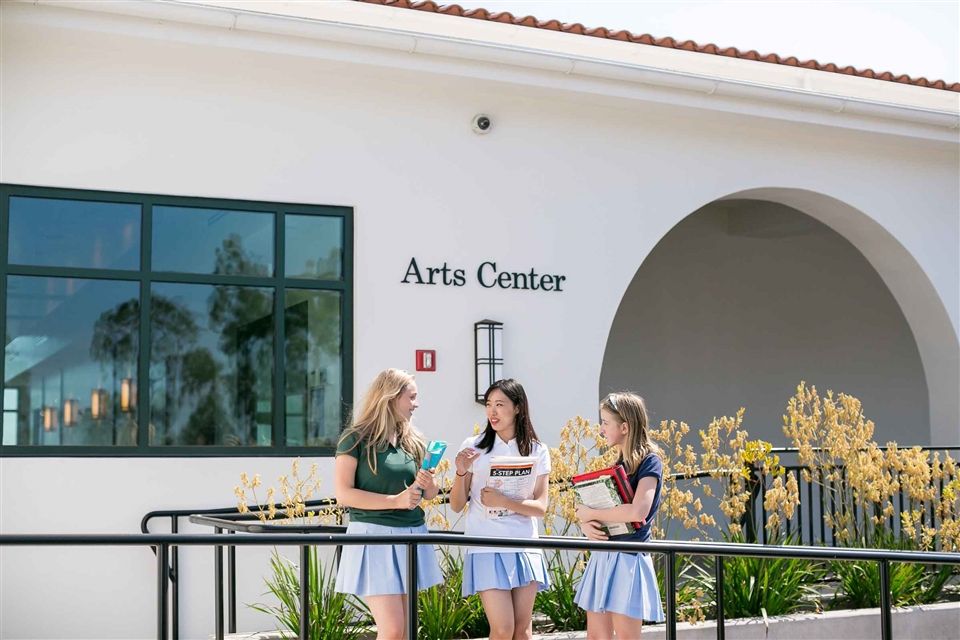 The Arts Center will be completed in two phases.


Phase One is a remodel and includes (completed in 2016):

Phase Two is an expansion and will include:

Click here for photos of the completed Arts Center design.

Inside the Arts Center

Take a look around our new Arts Center and see how our students take advantage of all it has to offer!

When you walk inside the lobby, you'll notice the art gallery, where student work is displayed year round.

Students interested in audio-visual production can learn using our state of the art system. 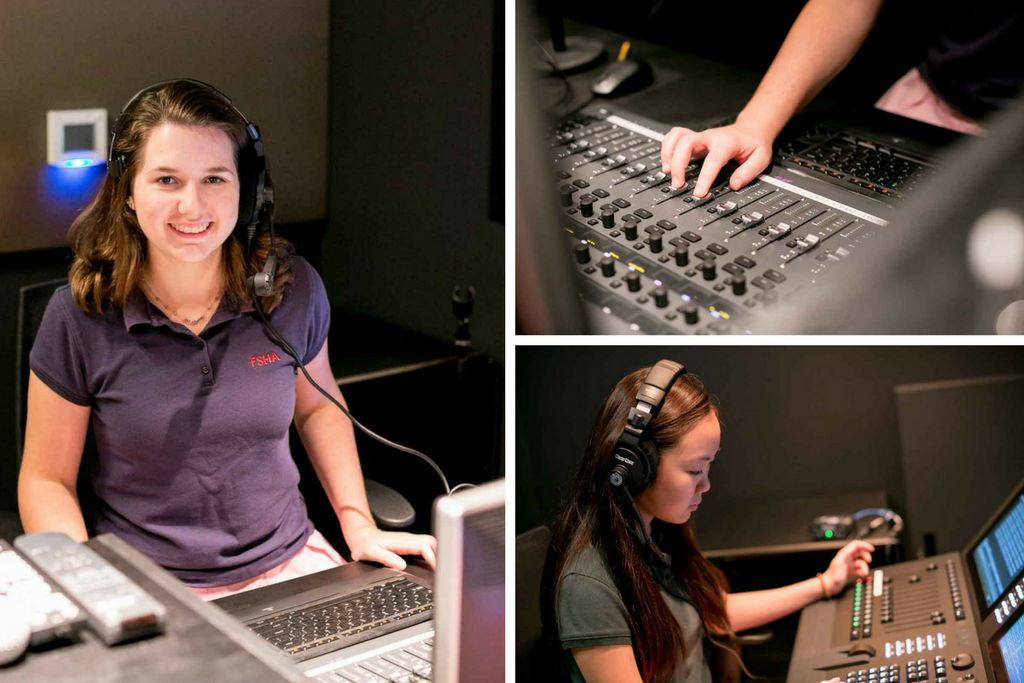 On Stage in Theatre Class

With the new proscenium stage and sprung wood floor, students in our theatre classes experience what performing on a professional stage is like. 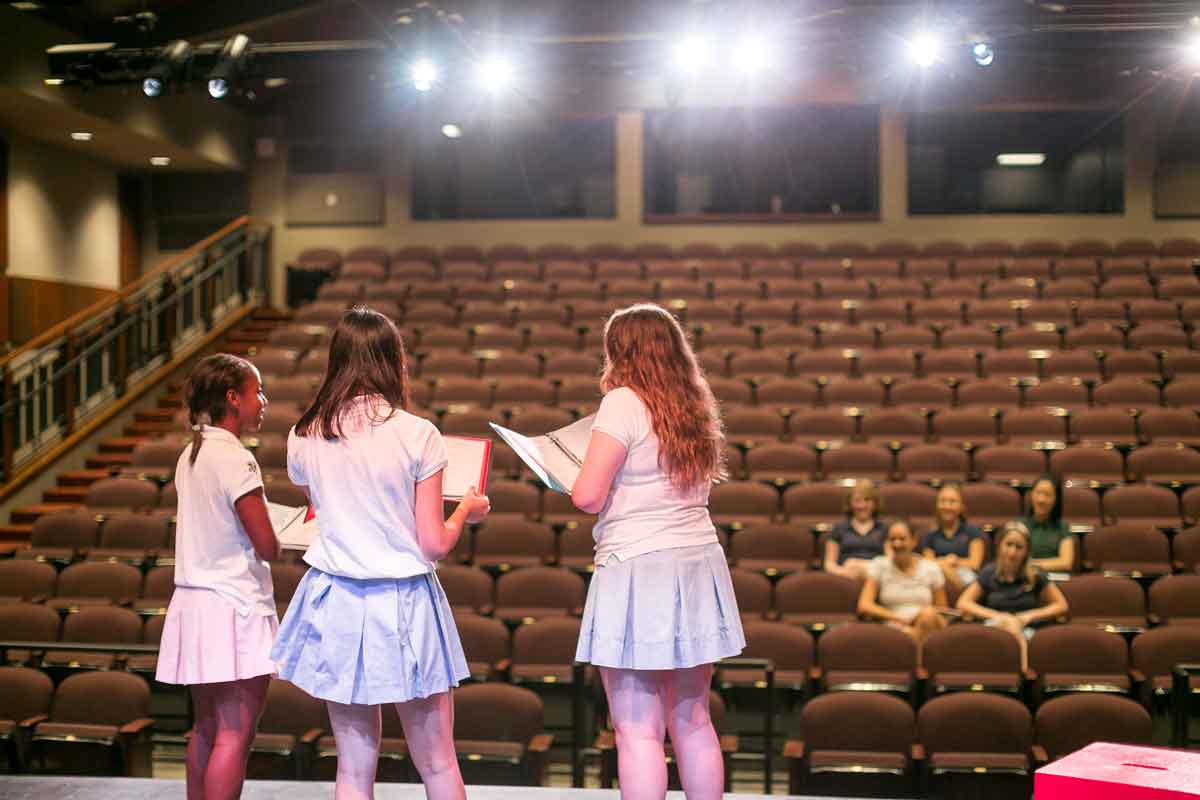 In the Ceramics Studio

Our 3-D artists have a work room for all of their creative endeavors.

Students learn the art of stagecraft, using all the tools needed to create sets for Flintridge Sacred Heart's productions. 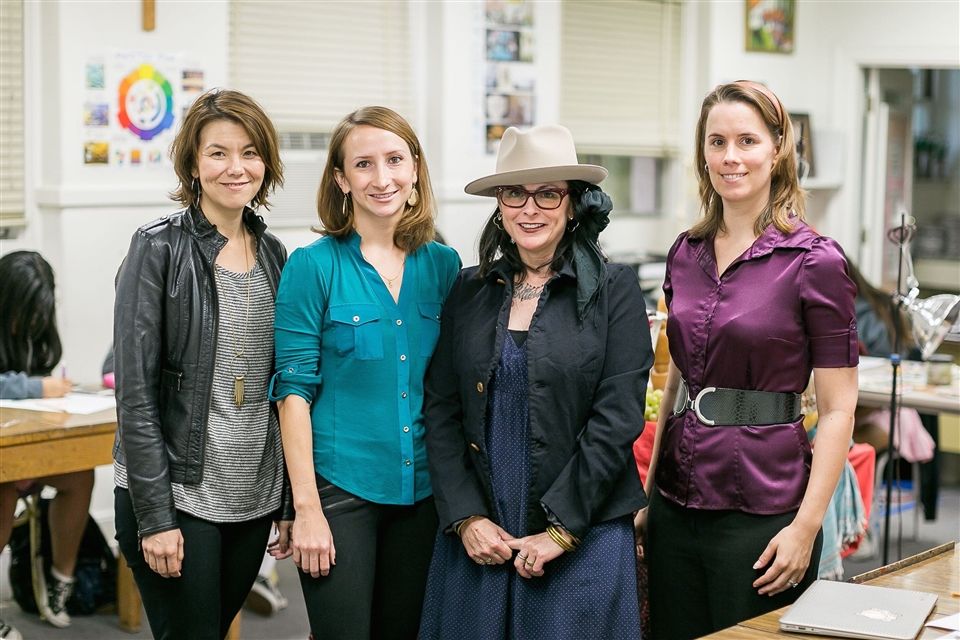 The artsy ones—every school has them. The kids that spend their afternoons and weekends backstage building sets. The ones with paint splatter on their clothes. The girls that can’t stop humming and singing and dancing … even when they aren’t on the stage.

Julie Vogel ’81, Shannon Morzov ’94, Sarri Sanchez ’01 and Allison Lieskovsky Hasbrouck ’00 are four such Tologs who fell in love with the arts as students at Flintridge Sacred Heart Academy. We sat down with these dynamic alumnae to find out how Flintridge Sacred Heart shaped their artistic vision, how they turned their passions into careers and what advice they have for students interested in the arts today.

The Auditorium Through the Years 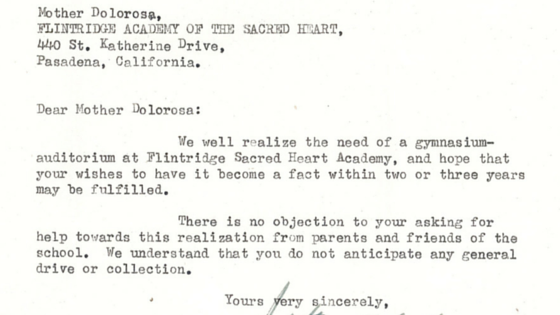 In October of 1954, Mother Dolorosa sent a letter to the Archdiocese of Los Angeles requesting support for the construction of a “gymnasium-auditorium” at Flintridge Sacred Heart. Over the next three years, the Sisters raised $170,000 from parents and friends of the school to fund the project. 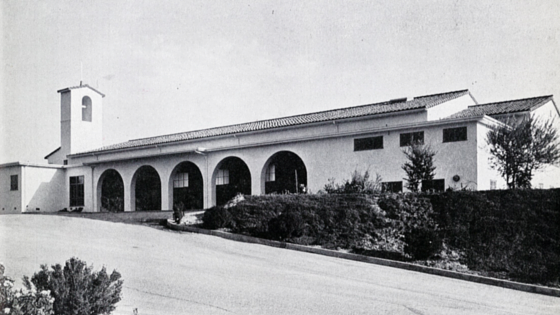 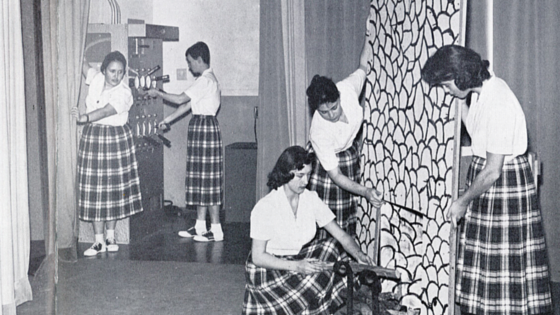 “As the first to work the lights in the newly opened auditorium in December 1956, I have fond memories of missing school for a week as the drama teacher, Roberta Korte Reeves, and I labored to discover which handle on the dimmer board controlled which switch.” – S. Katherine Jean, O.P. ’59 (pictured at the light board in the background) 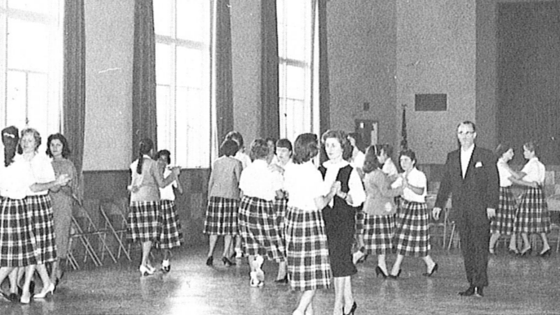 The Auditorium wasn’t only used for theatre productions. During the 1960s, students learned the foxtrot, modeled the latest looks on a makeshift runway and attended Mass – all inside the Auditorium. 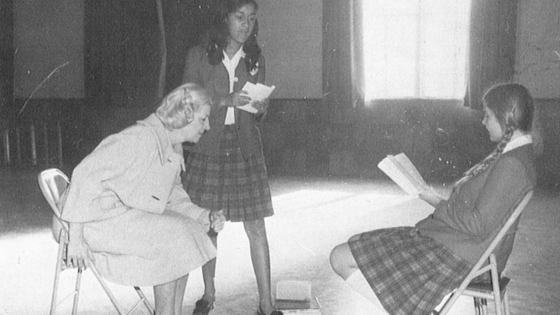 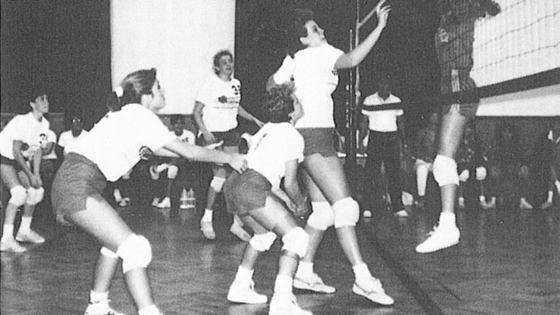 In the early ’80s, Athletic Director Betsy Sauer approached Sr. Ramona about moving the P.E. classes and sports practice into the Auditorium. “It was time for the program to move forward,” says Betsy. “The days of asphalt sports were gone. We needed regulation-sized equipment.” 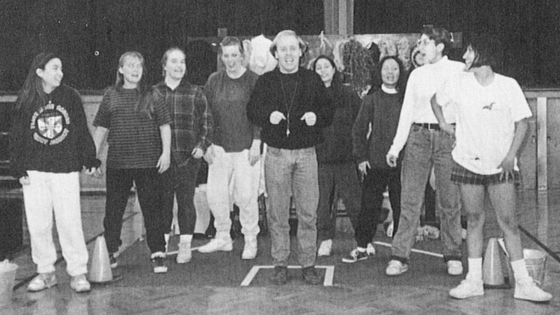 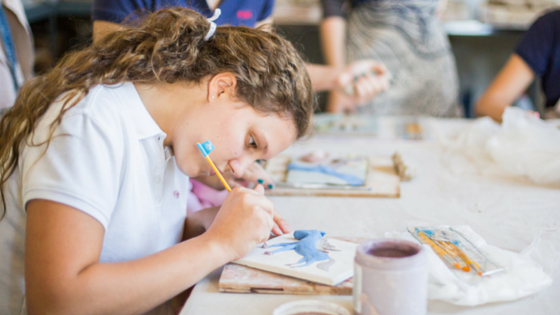 Though Flintridge Sacred Heart began offering ceramics in 2002, the ceramics studio didn’t actually move into the Auditorium until 2008. The ceramics studio took the place of the old kitchen, which hadn’t been of use since lunch service moved to the newly built Student Activities Center in 1998. 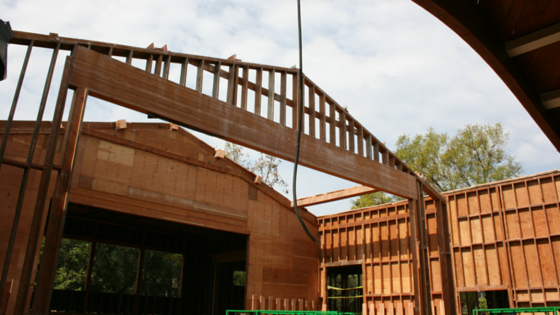 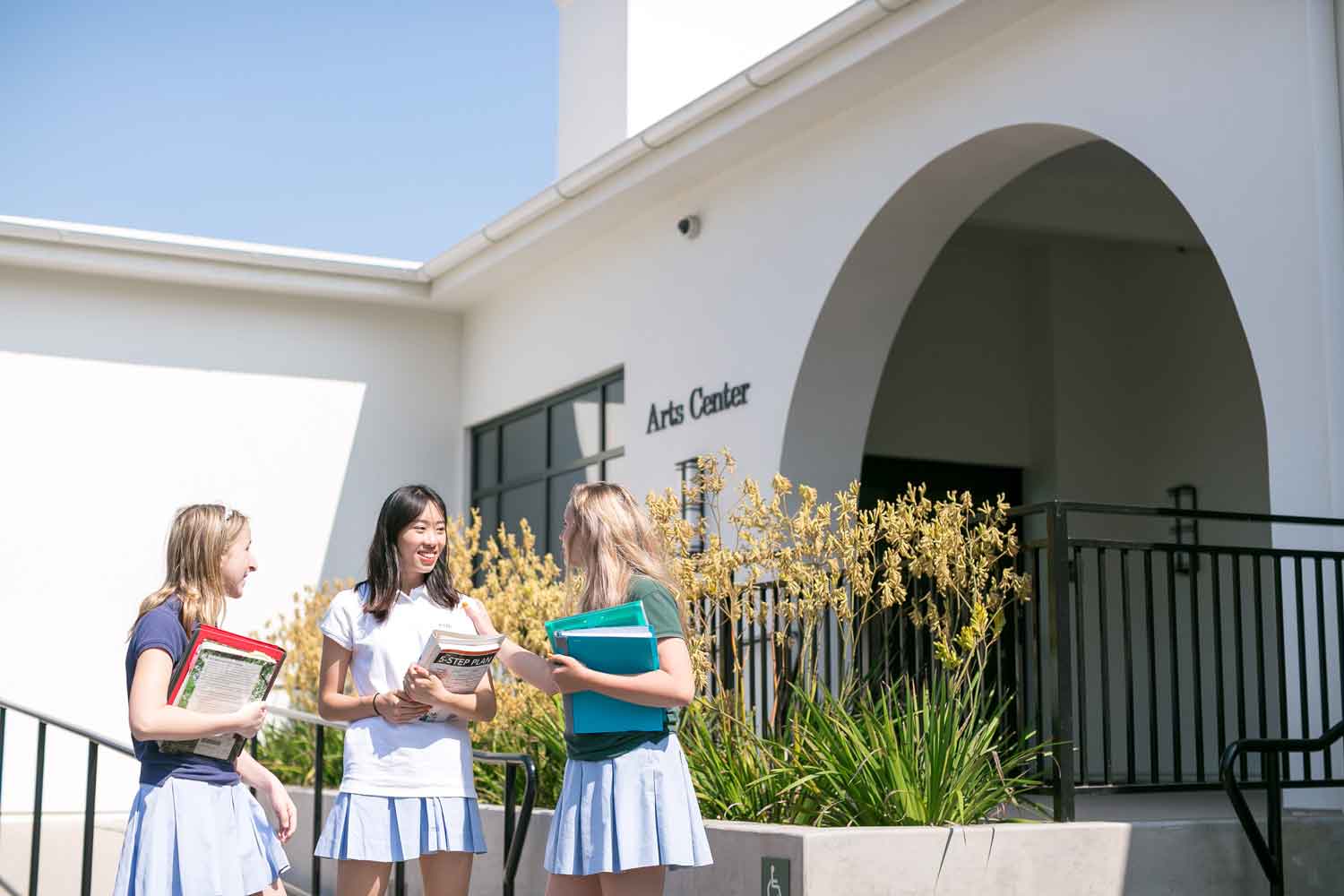 The Arts Center opened in April 2016 with Flintridge Sacred Heart's annual Dance Concert. The building houses our productions, classes and more!
Flintridge Sacred Heart Academy is an all girls' Catholic, Dominican, independent, college-preparatory day and boarding high school in the hills of La Cañada Flintridge. Overlooking Pasadena, FSHA educates girls from Los Angeles, Southern California and around the world for a life of faith, integrity and truth.